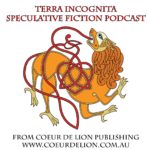 Chuck McKenzie was born in 1970, and still spends much of his time there. He currently fills multiple roles as a bookseller, reviewer, and zombie obsessive, only one of which pays the bills – although sometimes he also writes short fiction and gets paid for it, which is nice.